Nate the Great, the kid detective musical, launches our 2018-19 Theatre for Young Audiences season on the Julianne Argyros Stage (Nov. 2-18). As the world’s greatest kid detective, Nate the Great loves solving mysteries—almost as much as he loves eating pancakes. When Nate takes on a new case involving Annie’s missing painting of her dog, Fang, he must search for clues and gather the facts to solve the puzzling mystery. In honor of this clever new musical that teaches us to see the world in new ways, we thought we’d take a look at some other popular, fictional kid detectives. 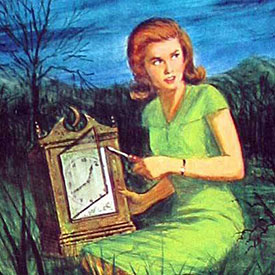 The iconic, teen sleuth Nancy Drew has been solving mysteries since 1930, when her character first appeared in the popular American mystery series. Created by publisher Edward Stratemeyer, founder of the book-packaging firm Stratemeyer Syndicate, and ghostwritten by numerous authors under the pseudonym Carolyn Keene, the character has evolved throughout the years to stay current with changes in U.S. culture and trends. Extremely smart and independent, Nancy Drew is often cited as a formative influence by powerful women including former Secretary of State Hillary Rodham Clinton and Supreme Court Justice Sonia Sotomayor. The character’s enduring appeal shows no signs of slowing, as approximately 80 million books have been sold and the books have been translated into 45 languages. The beloved, Titian-haired teen detective has been featured in five films, two television shows and various computer games, in addition to appearing on a variety of international merchandise. 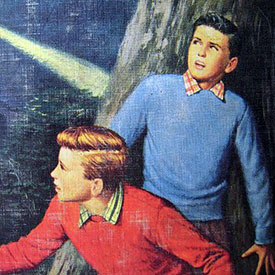 Frank and Joe Hardy, fictional teenage brothers and amateur detectives, have been solving mysteries since 1927. Created by publisher Edward Stratemeyer (same creator as Nancy Drew) and ghostwritten under the collective pen name Franklin W. Dixon, the Hardy Boys have enjoyed countless adventures throughout the decades. The teen detectives live in the city of Bayport, along with their father, detective Fenton Hardy; their mother, Laura Hardy; and their Aunt Gertrude. The characters have appeared in several mystery series for children and teens, and the books continue to remain popular among young readers. The Hardy Boys books have been translated into 25 languages, and more than a million copies are sold annually. Additionally, the young detectives have been featured in five television shows and several video games, and have helped promote merchandise ranging from jeans to lunchboxes. 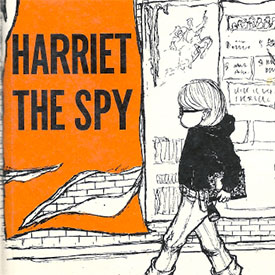 Sporting her signature yellow raincoat, sixth-grader Harriet M. Welsch spies on everyone around her and records her astute observations in a private journal. However, the tables get turned on Harriet when someone discovers her journal and exposes her unfavorable thoughts about her classmates. When even her best friends turn against her, Harriet vows to take revenge. The movie adaptation, based on the 1964 novel of the same name by Louise Fitzhugh, stars Michelle Trachtenberg and Rosie O’Donnell. 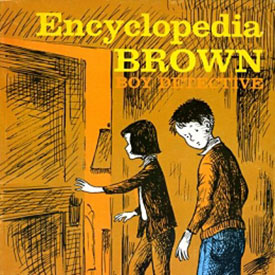 As one of the most popular kid detectives in literature, Leroy “Encyclopedia” Brown has taken on numerous cases since the book series first debuted in 1963. Each book in the series contains at least 10 mini-mysteries that the reader gets to solve right along with the boy detective, who is nicknamed “Encyclopedia” for his intelligence and extensive knowledge. The series of 29 children’s novels has generated a comic strip, a TV series and compilation books featuring games and puzzles. 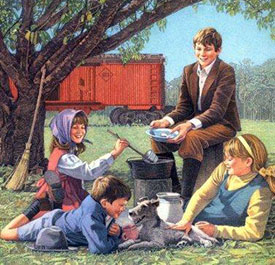 Originally created and written by the American first-grade school teacher Gertrude Chandler Warner, The Boxcar Children tells the story of four orphans: Henry, Jessie, Violet and Benny. The children make their home in an abandoned boxcar in the forest. They eventually meet their grandfather, who is a kind man (although the children had believed him to be cruel), and they decide to live with him. Their grandfather moves the boxcar to his backyard, so the children can use it as a playhouse. After the first novel, the kids become amateur sleuths and find mysteries to solve seemingly everywhere they go. Today, the series includes more than 150 titles. The first book was adapted as the film The Boxcar Children in 2014 and the sequel novel, Surprise Island, was released as a film in 2018.