The Many Ways Red Riding Hood’s Story Has Been Told

The tale of Little Red Riding Hood has been told widely. Seventeenth-century writer Charles Perrault is credited with writing it; some sources say that Perrault adapted it from a medieval story. Playwright Allison Gregory has added a modern twist in her theatre for young audiences play, Red Riding Hood—and SCR’s digital production will be available to watch from April 21 through June 13—professionally filmed and streamed to the comfort and safety of your home. It’s perfect for ages four and above.

The cautionary tale of the young woman and the wolf has inspired numerous adaptations—books, poetry, films, TV series, anime and more. Here are some of the different ways--and media used--that Red's story has been told. 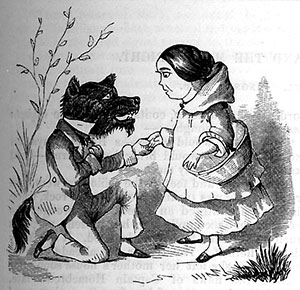 An engraving from the Cyclopedia of Wit and Humor. (1858). 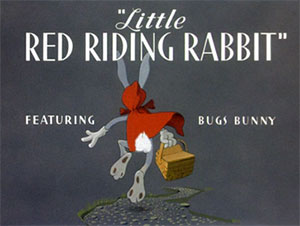